May the sacred song of the stars

drop its magical cloak of light around

your heart, soul and body

to illuminate your greatness –

greatness because you are unique

with your own starsong embedded in

the encrypted title deeds  of your country,

your you, your essence.

I have, unfortunately, been absent for some while due to a rather virulent bug which hit me at the New Year, not the best way to start off 2016!  For the past three weeks I’ve had a dreadful headache, severe muscle pains, stomach pains and bronchitis, the sickest I’ve been in my whole life. Luckily I’m not too bad now although others who’ve had the bug have taken up to eight weeks to get over it.

In that time of enforced rest, however, I watched Series 1 & 2 of “Art + Soul”, about Aboriginal art with Hetti Perkins a leading curator of Aboriginal art. The programme looks at all aspects of Aboriginal art from past to present.  I am particularly fascinated by the desert art and dot paintings. These represent what Ms Perkins called: “Encrypted Title Deeds to Country”, as Aboriginal artists represent their Country in the paintings and sing Country into their art as they create their images.

Thinking of this, it made me think of how we ourselves incarnate on Earth.  If we view our cosmic soul song as encrypted title deeds to our own Country, to our own unique creation like no-one else, we might get a better understanding of who we are, our unique gifts and how we express our own individual spirit voice through the way we live, create and forge our own way in life.

As I mentioned in my previous post, I’m going to explain some of my own astrological chart so that you can see how my own “encrypted title deeds” operate in my own life.  I was born with the Sun in Libra and my Ascendant also in Libra. The Ascendant is the constellation on the horizon as you’re born, the first energies you inhale and – for me – the energetic pathway to expressing your sun sign. So for me, I double up on Libra and it’s how I express myself in life.

I always strive to be pleasant and peaceable. But I am a staunch advocate of social justice, hate injustice, am pretty much always on the side of the poor, the downtrodden, the disadvantaged, working people and the unemployed.  You could say it’s in my DNA!  Added to this, I can see both sides of a situation or a person’s story and it drives my husband around the twist.  He’ll make a comment and I respond, quite unconsciously: “Yes, but think of the other side, there are always two perspectives”. And he’ll rant: “There you are, off on your Libran thing again!”.  Luckily we can both laugh but this ability to see both sides is intrinsic in me.

I love art, beauty, good clothes, flash jewellery and hate vulgarity, greed, bad taste (except for bling, of course!) and coarseness. I never find cruel or crude jokes funny and I pretty much never say anything cruel or wounding to someone because it offends my sense of propriety and also the awareness that words can hurt and have long-lasting consequences.  I am lousy at standing up for myself although recently I’ve decided I’m not going to tolerate rudeness and hurtful comments in future.

Now if you look at my husband’s natal chart, he has his sun in Leo and his Ascendant in Aries. He is passionate, kind, brutally honest, totally without tact, very fiery, a born leader, impatient, intolerant and is always on the move. The idea of sitting at a computer appalls him, but he had a grand time as a dogman (the guy who directs cranes) on high-rise building sites where he could run around all day, taking charge of lots of stuff and being active. He once suggested he’d take me to the very top of a high-rise building (ie, walking up heaps of steps as it was unfinished and lifts didn’t reach the top yet) so I could see the views across Perth, Western Australia, and over to Rottnest Island, about five miles distant from the city. He thought he was offering me a grand treat. I thought he was offering me a complete nightmare! My husband was a union organiser, health and safety officer and shop steward – he always stood on the side of workers and was respected for his honest dealings.

On our wedding day – we got married after 27 years together and are now coming up for the 39th anniversary of when we met, 16th April 1977, 6.30pm. Bryan moved in with me that night and we’ve been together ever since. Air and Fire signs get on very well.

I’m not saying it’s been easy over the years. We have had to work to accommodate each other as we have quite different energies and interests – I’m into dreams, crystals, psychic stuff, Tarot, arty-farty, abstract art and the peace movement. We both have the same ideals about social justice – luckily!  I loathe conflict but my husband is happy to stand up to bullies. I call him my Rottweiler because I’ll get him to deal with difficult situations while I lurk in the background.  My husband is into gardening, model railways, army history (he was in the British Army), landscape and portrait art, Scottish and Celtic music, do-it-yourself and home renovation.  I will work into a new home and think it’s okay. Bryan will walk into a new home, note all the bits and pieces that need repairing/straightening/sort out and get on with it. We worked together once, for 30 minutes, on a piece of home renovation until we had an almighty row and I told him to stuff his renovation where the sun don’t shine and told him never again (which I’ve stuck to). My husband is a sergeant-major given half a chance, but it’s been good for me to overcome my peaceable nature and stand up to him. And it’s been good for him to have someone stand up to him and shout back because he naturally takes charge.

We both had bullies as fathers but how we reacted differed greatly.  I went quiet as a kid, kept my head down, strove for approval and was incredibly well-behaved.  My husband, on the other hand, played up, got into trouble wherever his army family ended up, stood up to his father and refused to knuckle under. But, we both wanted our fathers’ approval and we never got it.

In my next post, I want to talk about my Libran Sun being in the Twelfth House, and Neptune being in the First House, as they both incline me to be interested in psychic matters, to be hyper-sensitive, to sense people’s emotions and to be flitting off with the fairies, given half a chance. 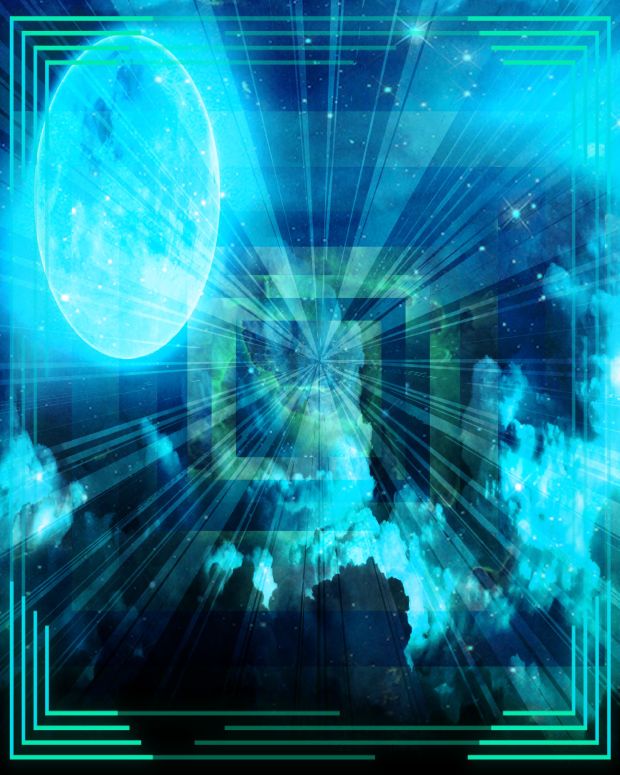 I had a wonderful dream last night, another in the series of dreams I’ve been having since my short visit to the UK.

“In the dream, I am with some people at the top of a cliff with the sea far below us. I look over at the sea below and realise I’m right on the edge of the cliff and it’s a long way to the bottom. Suddenly a woman comes up behind me, holds me around the wrists with our arms outspread, says: “I’ve been meaning to do this for a while, Maureen” and jumps off the cliff with me. At first I’m terrified, but then the woman disappears and I realise I’m swooping and diving in the thermals, with rainbow colours all around me. I lose all fear of flying. After a while, I land safely and go to make sure the woman has landed safely too.  She is fine but makes it clear that her work is done, and I’m now on my own, making my own way.”

I know this means I’m moving on to something new in my life, and I need to take the plunge, but I haven’t quite worked out what that is.  I know I’ve been feeling the need to take things quietly and see what emerges over time, so I guess it’s a case of “in all due timelessness”.

I created the above image to accompany the dream.  I used a blank, turquoise canvas I created on PicMonkey, then imported it into Pixlr and added on some of their space images. Quite simple but it matches my dream!

By the way, I always report a dream in the present, makes it more real, and I always make sure that, when a dream is very vivid and leaves a clear image with me, I write it down in my dream diary.